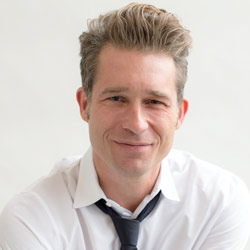 He’s one of dPT’s most advanced cutting specialists, a partner in its Walnut Creek salon, and has started his own hair care line. So it might surprise you to know that Dylan Ponicsan’s impressive career in beauty was launched long ago by a bunch of guys playing poker.

“It was a fluke!” Dylan recalls. “I needed a path. My father suggested hairdressing — as suggested to him during a poker game he was part of. So my destiny was chosen by five guys over cards, booze and cigars.”

Since that less-than-conventional intro to cosmetology, Dylan graduated from Vidal Sassoon Academy in Santa Monica and went on to complete endless hours of advanced haircutting classes and workshops at home and abroad. But it wasn’t until he landed at dPT that he realized that hairdressing could be a career, not just a job. “The opportunities within this company are second to none,” he says. “It’s because of this that dPT has been able to attract some of the best talent in this industry.”

As a cutting expert, Dylan specializes in creating wearable, low-maintenance styles that grow out well. “I want my clients to have good-looking, complementary hair long after they leave the salon.” Though he’s dabbled in styling hair for movies and photoshoots in L.A., “I was always happiest in the salon. I spend all my time there now.”

Dylan also created a high-performance product line, Frank Beauty Inc., which donates a percentage of its sales to charitable organizations. “If I weren’t a hairdresser I’d be working with non-profits full time,” he says. “It’s so important to give back and support groups who are making a difference, plus it makes me feel whole.” 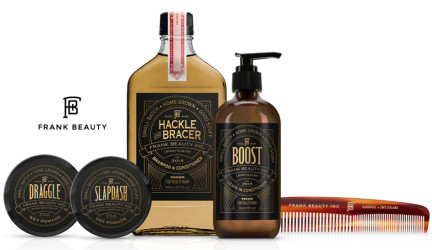 In his free time, he gardens, cruises on the vintage Harley-Davidsons he’s renovated, and spends time with his son, who’s “already a better person than I am.”

His role model? “Anyone who rises, despite maybe a bad hand of cards or a less then an average set of circumstances. And if they do this and remain altruistic, they’re my heroes as well.” Dylan is inspired by “great writers of great books, good movies, songwriters of the 60s, 70s and earlier, and craftsmen who are really good at their trade.”

His greatest compliment is when employees call him a great boss — and his most nerve-wracking request from a client? “’Last time I was here, you gave me the best haircut I’ve ever had! … Do it again.’” 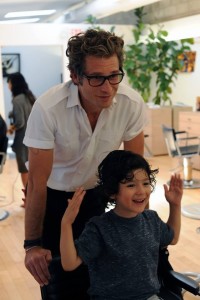